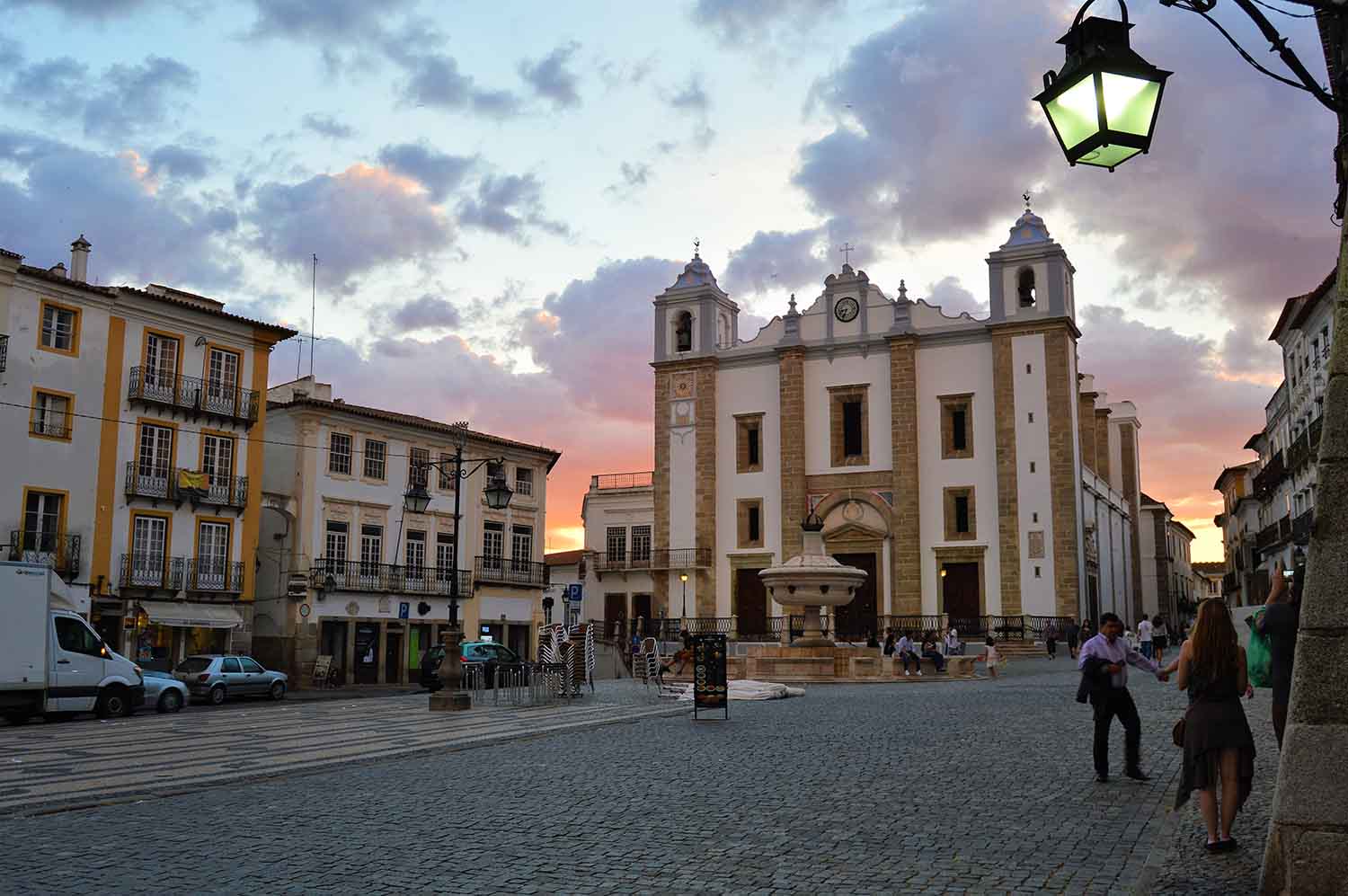 Natural beauty and monumental richness condensed in one city

Évora, located in Alentejo, is a city of an outstanding beauty, embraced by its fortress walls, filled with historic memories in each street, each home and each inhabitant, heir to a rich and diverse cultural heritage, built and preserved over time. Inhabited since the Neolithic period, its squares and monuments tell us about local and national history, religion and culture, making its people proud of both past and present times. The natural beauty of this region combined with the monumental richness of this modern and touristic city, classified World Heritage in 1986 by UNESCO, has turned Évora the main attraction pole of the region.

Today, Évora is a medium-sized city that clearly assumes its vocation on heritage, culture and sustainability. The strong cultural dynamics that have marked the city life in these last few years led to the commitment of the entire society in the bid for European Capital of Culture 2027.

Over the last decades, Évora has made a clear commitment to combat climate changes by focusing on measures aimed to sustainability, at the most varied levels, implementing, for instance, the first Electricity Smart Grids in Portugal and seeking systematically to develop new ways of conceiving electricity production and distribution, showing that it’s possible to combine development and modernity with the preservation and appreciation of the cultural traditions and heritage values.

During POCITYF, the demonstrations activities in Évora will take place in three separate locations:

Évora city center, being an UNESCO World Heritage Site, represents a challenge in terms of deploying solutions that modify the façades and even the roofs of the buildings, considering today’s energetic landscape and a sustainable greener future, as for many European cities with a strong historical heritage. Évora will be an example of how to overcome these challenges.Inside of Évora city center, there are around 2,590 buildings, 3,541 households and 4,738 residents, in an area of about 113 ha. The addressed buildings are the following: Mercado Municipal 1º de Maio (market); Arena d’Évora (venue); Teatro Garcia Resende (theatre); EB1 S. Mamede (school); Paços do Concelho (town hall);  Edifício da Antiga Rodoviária (office building); Escola do Rossio de S.Brás (school), Centro Interpretativo (services and open-to-public), to interactively expose POCITYF results.

Valverde is a small rural village in the countryside of Évora. It has around 450 inhabitants and 200 buildings, being most of them residential, all connected to the LV grid. Évora University, with Polo da Mitra, owner of a secondary substation is only one MV client in Valverde. Valverde has been an innovation hub in what concerns energy-oriented projects and with POCITYF, Valverde will take to next step its energy transition, by reaching a positive energy performance.

The Industrial and commercial park entails a different challenge in terms of energetic performance, being composed by: one industrial client, with its current and future facilities in Évora, that will be equipped with the most up-to-date ICT infrastructures; a science and technology park, will be used as demo buildings, with an area of 8.900 m2; and one commercial, with 3833m2 of commercial space, which spans a set of commercial buildings, composed by a supermarket, clothes store, an electronics goods store and a parking lot.

In Évora, energy saving solutions will be implemented, increasing local penetration of renewable energy through solutions that respect the city’s architectural façade. Furthermore, this area has a huge potential in terms of PV generation and the variety of previous projects that already have endowed Évora with an advanced smart grid, awarding the city with the title of first Iberian Smart Grid City.

Some Innovative Elements that will be used in Évora:

Deployment of Positive Energy Districts, by reducing energy consumption and increasing renewable consumption, sustained by advanced ICT solutions that will foster flexibility enablement and efficient energy flows between buildings and the distribution network. The use of grid-connected energy storage solutions will also contribute for the positive performance of the selected sites.

POCITYF aims to demonstrate and replicate success stories for waste streams (heat and material) utilization, originating from different sources, as an alternative highly efficient pathway for satisfying energy needs and reducing waste, in line with EU policies regarding the promotion of industrial symbiosis and circular economy.

The generation of energy will change drastically towards decentralized generation mostly in residential areas and block/district, since the energy produced by RES will be injected into the micro-grids. POCITYF will demonstrate innovative storage and grid flexibility solutions that allow the effective management of the core issues of interdependent energy sub-networks and sub-systems of sustainable district/city smart grid environments.

In the commercial park, the freezers thermal inertia is used to achieve monthly energy savings. During POCITYF, the timely management responsible for the performance of this method will be optimized, by being automated and added, as a module, to Schneider BMS that will be therein installed. On the other hand, in Évora city centre, municipal buildings will target market-oriented flexibility services to improve their self-sufficiency, which can be used as an ancillary services market product or for the DSO.

POCITYF aims to demonstrate and perform replication studies for the idea of V2G and smart solar power-driven charging stations to support the demand-supply energy management (with a scheme of smart charging management) at district level, while increasing their large-scale energy storage capacity and promotion of more environmentally friendly mobility solutions. From the citizen perspective, this solution addresses as well e-mobility aspects.

Évora will be a learner of the EV sharing scheme introduced by Alkmaar and will be demonstrated within the city centre. Given the current problems that Évora faces in terms of traffic and parking in the historical area of the city, this solution is expected to reduce the congestion of private and municipal-owned cars for short distance urban provision of services, via EV sharing mechanisms with Évora municipality-owned EVs.

The energy transition to positive buildings, districts and communities shall be pursued through a close relationship with citizens, encompassing a bottom-up approach in which co-creation, co-development and co-implementation processes play a central role, aiming to prevent the disconnection that, may arise from the deployment of non-tailored solutions, agnostic to the culture and history of the local citizens. These innovative social engagement strategies will be designed to boost and motivate the citizens to participate and create solutions along with the industry and policy makers.

Évora municipality will learn with Alkmaar municipality, via training sessions, the specific features of the TIPPING approach and will replicate its implementation in the city, establishing a link up to region-level. Évora will reorient the learnings of this method to tackle the legal restrictions that come with the UNESCO World Heritage Site classification, matching a policy-based technique with the best practices that will emerge from POCITYF outcomes.

This solution cover not only the monitoring needs of the demonstration areas at building and district-level, but also pave the way for the transition to an interconnected ecosystem that will underpin the effectiveness of the remaining transition tracks, while enabling the conception of new solutions on top of the data that will be retrieved and centralized at a city-level platform. 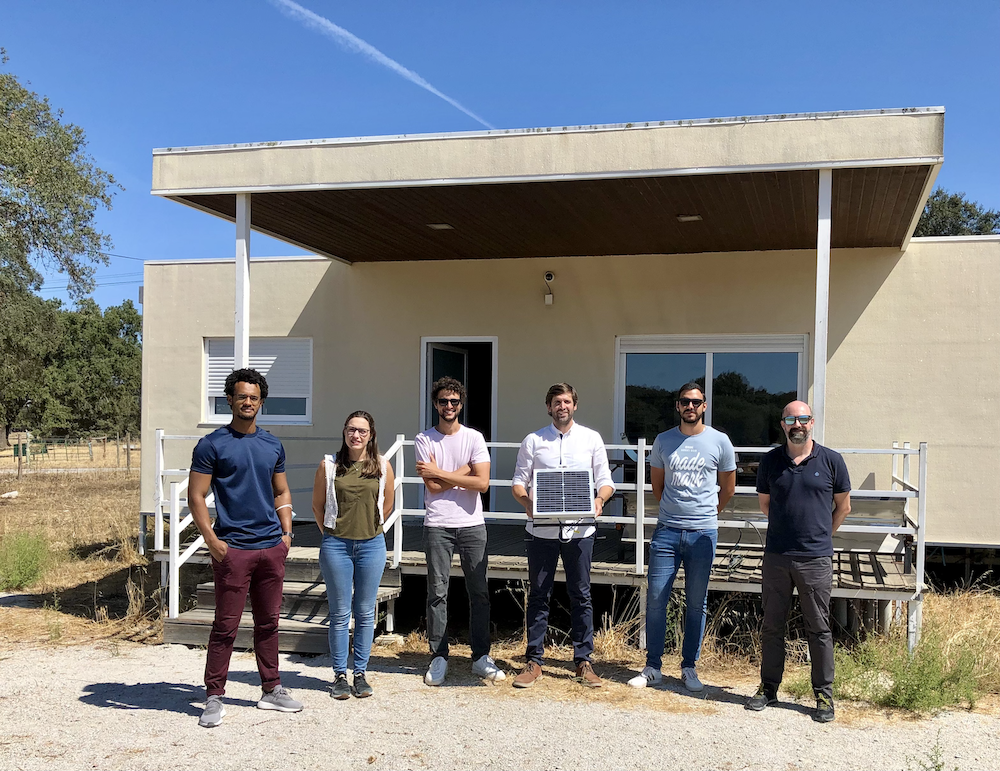 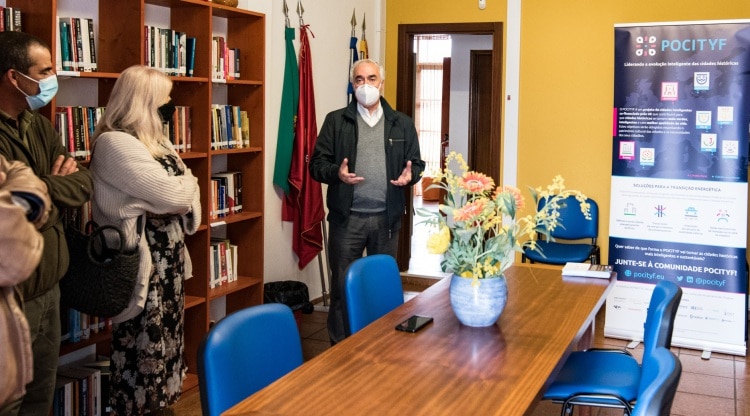 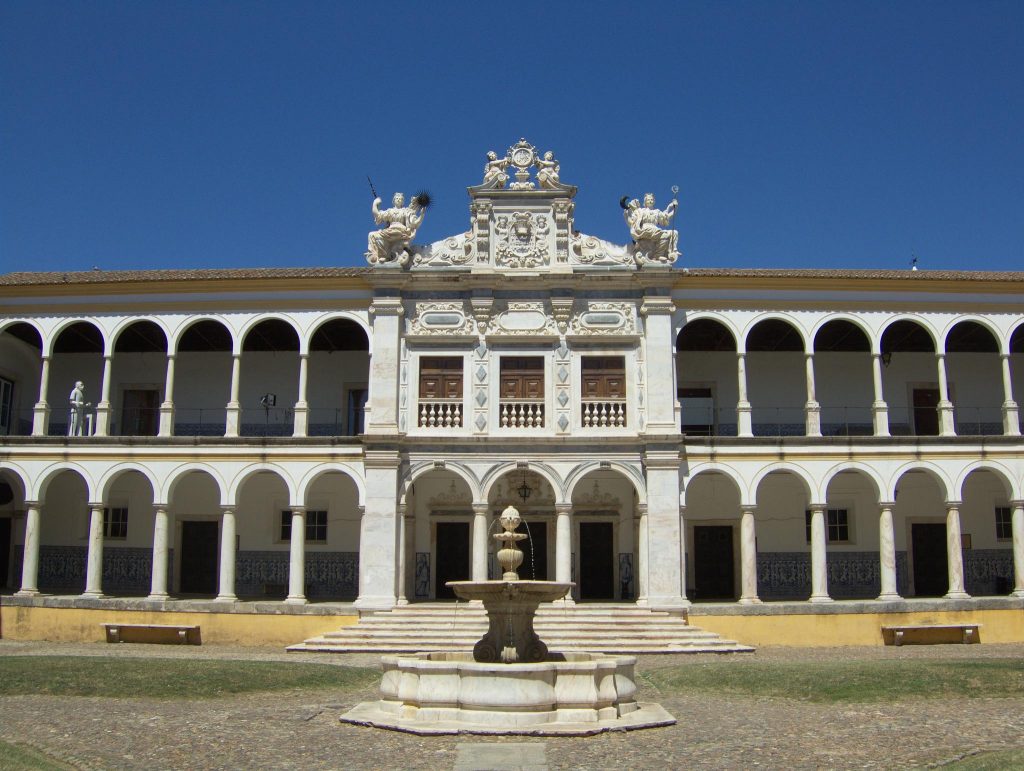 31 Jan 2023 - Several heritage organisations reacted to the fact that protected sites don’t play an important role in the EU Green Deal’s strategy against climate change, even though historic buildings represent a significant share of the stock in Europe

Bari
Celje
Granada
Hvidovre
Ioannina
Újpest
Stay tuned!
Join our newsletter
We just need a few informations: *mandatory fields
We use cookies to ensure that we give you the best experience on our website. If you continue to use this site we will assume that you are happy with it.OkNoPrivacy notice