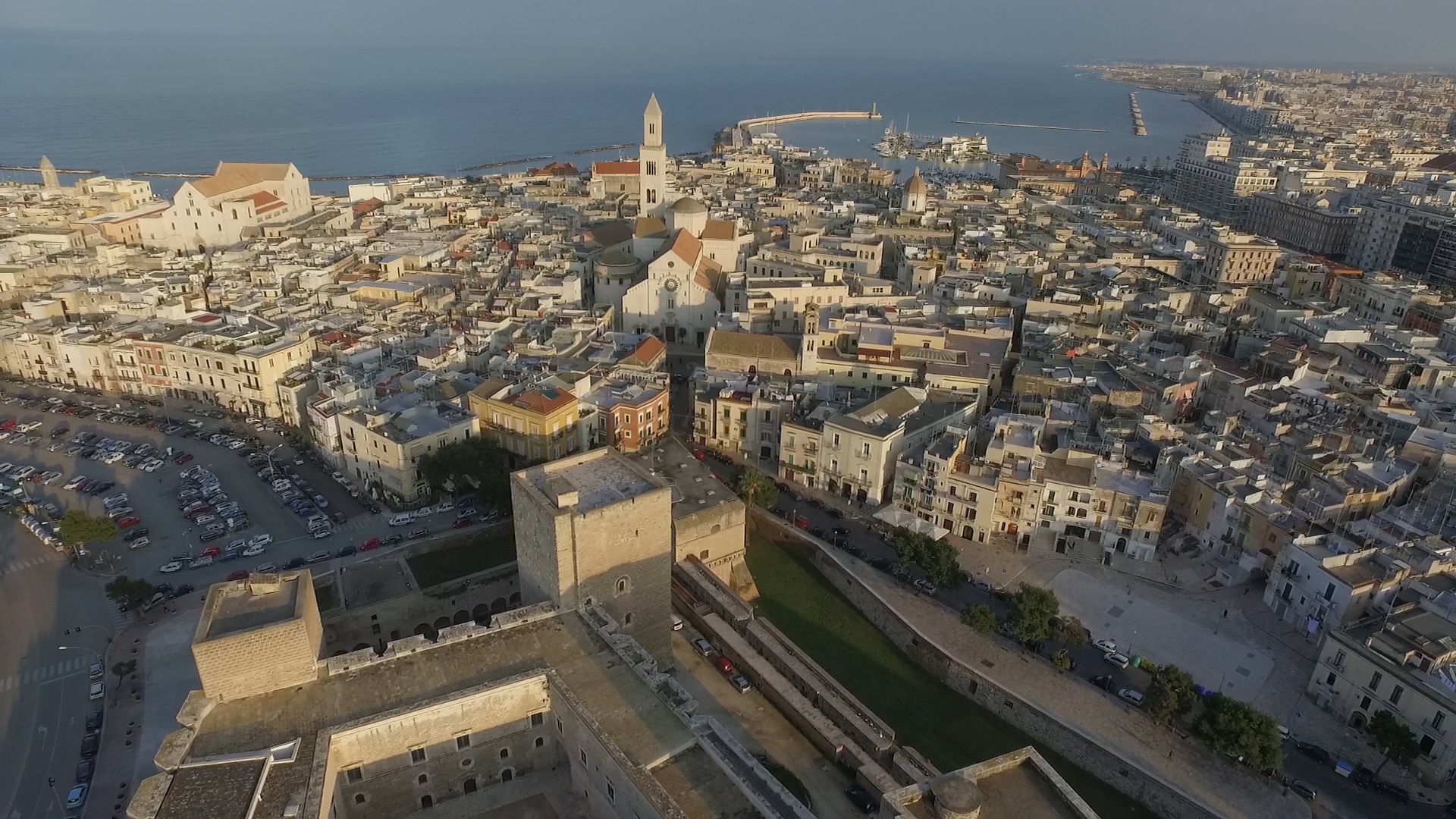 The Italian city with two faces: the Murat district and Bari Vecchia

Bari is the capital city of the province of Bari and of the Apulia region in Italy. It is the second most important economic center of mainland Southern Italy after Naples. The city has a population of about 326,799 spread over 117 km2.

Bari is a city of two faces with its elegant Murat district (The “new” town built in the XIX century during the French domination thanks to Gioacchino Murat) and, stretching along the Adriatic Sea, the area of Bari Vecchia (the Historical centre of the city). In these two quarters are present the majority of buildings of historical and cultural importance of the city.

Bari was one of the first Italian cities to join the Covenant of Mayors. It approved the Sustainable Energy Action Plan (SEAP) in 2011, defining strategies to reach the goal of reducing by 35% CO2 emissions in the city by 2020. The implementation of the preliminary identified initiatives should generate a 40% cut of emissions (2030 target). The Municipality of Bari has started within a previous FP7 project an action plan (“Bari Smart City”) with the scope of converting Bari into a smart city.