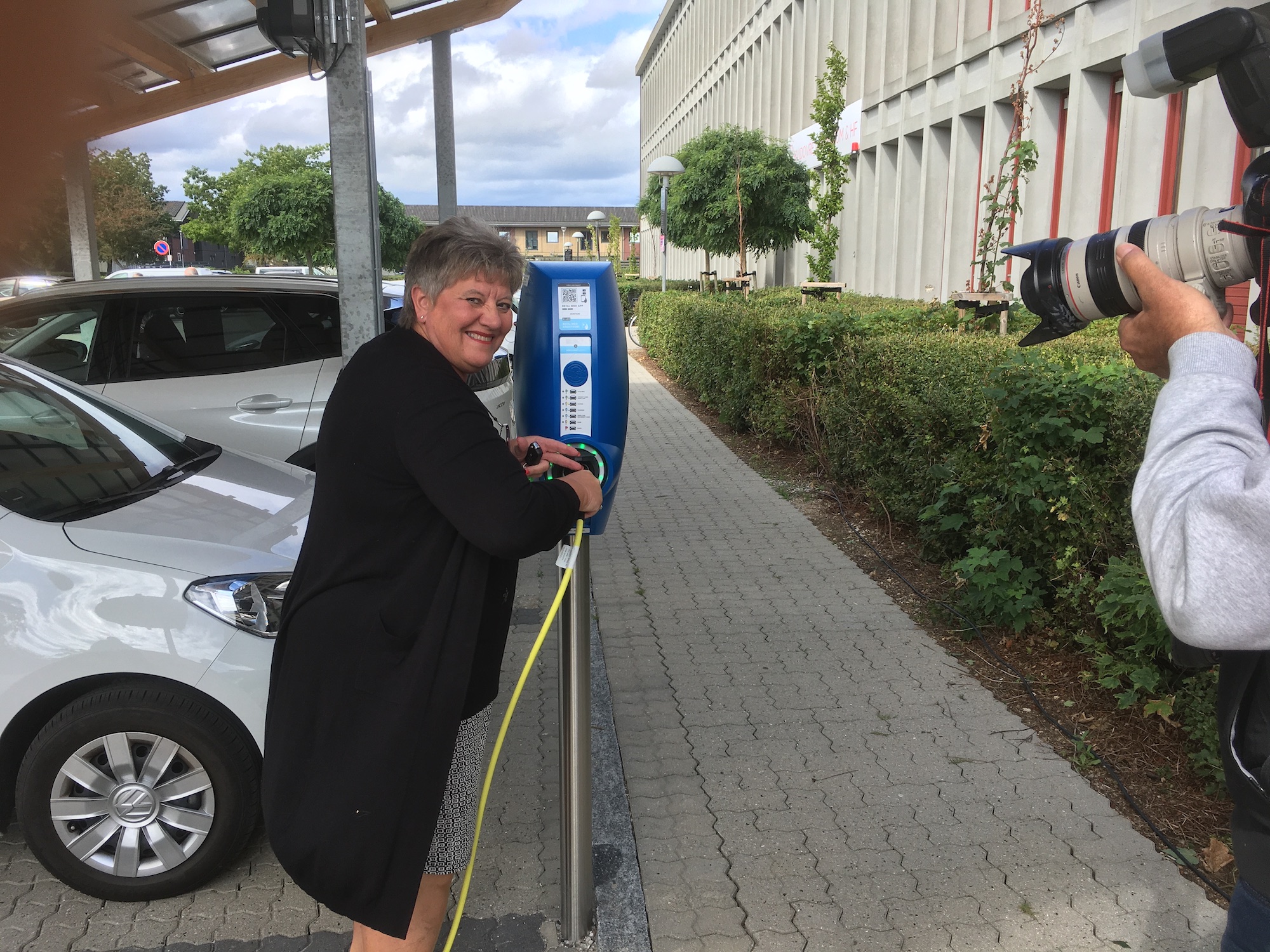 26 Aug 2021 — The groundbreaking and locally owned project in Avedøre Green City has been completed and has already charged its first electric cars during the summer. The facility has been officially inaugurated on August 19 by the mayor of Hvidovre, among others. Electric car owners from and from outside the area can look forward to charging in the shade of the solar canopy.

It started with an initiative from a civic group that wanted green mobility to become a reality in Avedøre Green City (Hvidovre). As it stands, there are no charging points in the area, and this has a clear effect on citizens’ desire to switch from gasoline to electricity: why buy an electric car if you cannot charge it?

The civic group raised financial support for the establishment of charging points for electric cars. They received funding from The Green Fund of Hvidovre Municipality in October 2020, and alongside with European Green Cities and Solar Lighting Enterprise ApS they came up with an exciting solution: The two charging points with four outlets in total of course had be covered and powered by solar cells!

The locally owned Energy Community Avedøre A.M.B.A. has undertaken the building process and will operate the plant for the civic group. Tania Sheik Larsen, President of Energy Community Avedøre A.M.B.A. and principal of Hvidovre High School, where the two times 22 kW charging points covered by solar cells are built, says: “We are so pleased that we have the opportunity to offer teachers, students and all residents of Avedøre access to charging points. The design is beautiful, and together with the green roofs covering our bike sheds, they help to emphasize our strong focus on sustainability and climate. I hope that this project will contribute to the creation of a strong energy community in Hvidovre and that it serves as an example for renewable energy communities in other municipalities. I hope we get the roofs and parking lots of the entire city covered with solar cells. When there is a short time between consumption and production, the power becomes cheaper for the consumer.“ 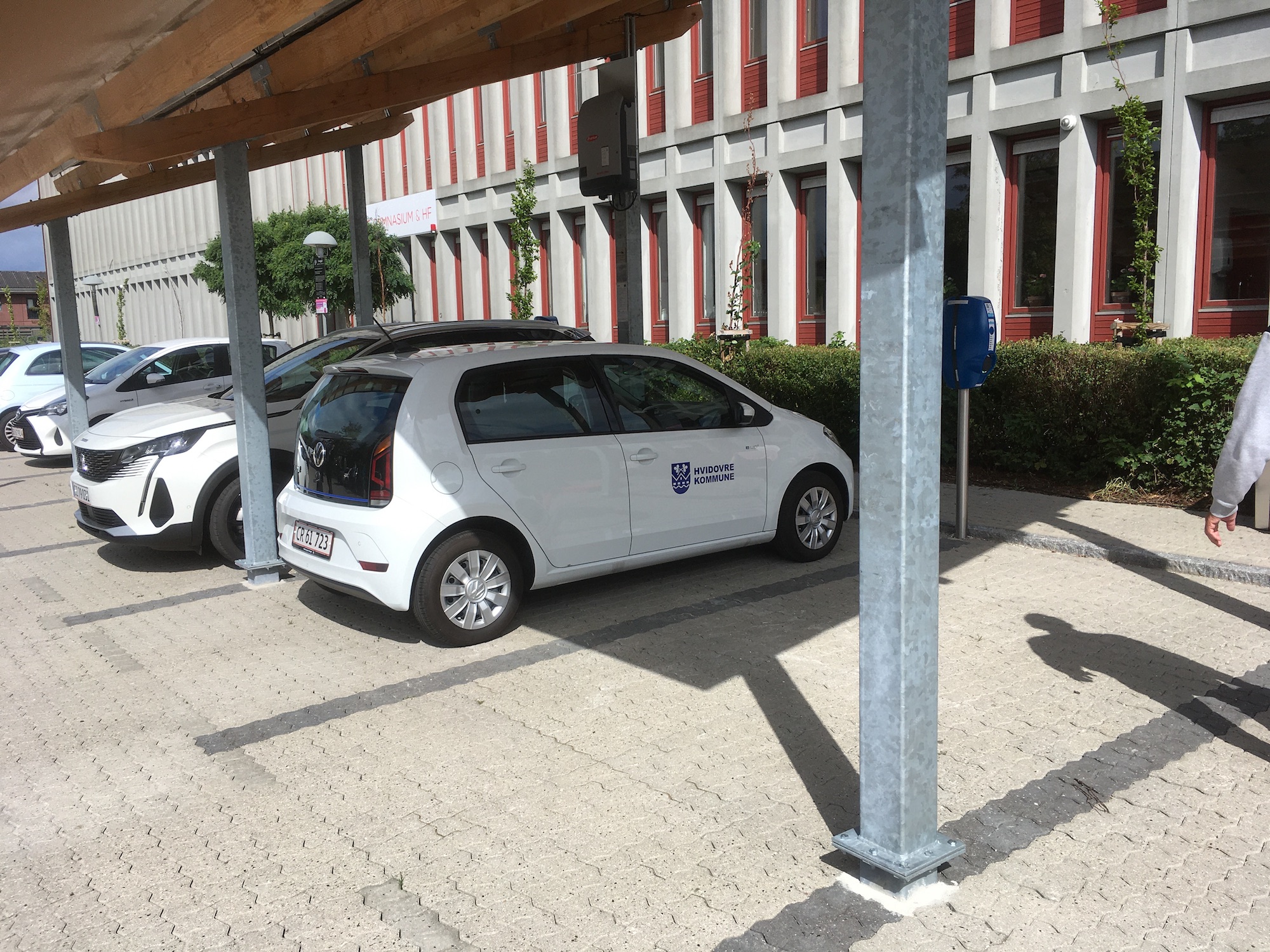 “We have created a unique, architectural and sustainable construction that covers four parking lots at Hvidovre High School. Six steel legs, three Douglas timber truss and six ridges is carrying the solar roof of 11.88 kWp. This will contribute to approx. 4,268 kg/CO2-saving per year for the next 25 years – We have also weighted Danish work and European products in this green demo system delivery.” says Martin Dietz – CEO of Solar Lightning Entreprise ApS, who oversaw the task of developing and building the solar-covered charging points in Avedøre Green City and who at the same time has taken on the Charge Point Operator role.

The plant supplies the first locally produced energy to Energy Community Avedøre, which at the same time improves the infrastructure for electric car owners in the area. This is the reason why it has received additional funding from the parking tech company Easypark that helps drivers find, manage, park and charge their electric cars. Easypark shares the vision of making cities more livable, that goes hand in hand with the sustainable e-mobility visions of both the civic group and the Energy Community Avedøre. The project is also part of the EU-project POCITYF, which will help make Europe’s cities smart and sustainable.

The chargers were commissioned on June 24 and officially inaugurated on August 19 on the address Blytækkerporten 2, 2650 Hvidovre.