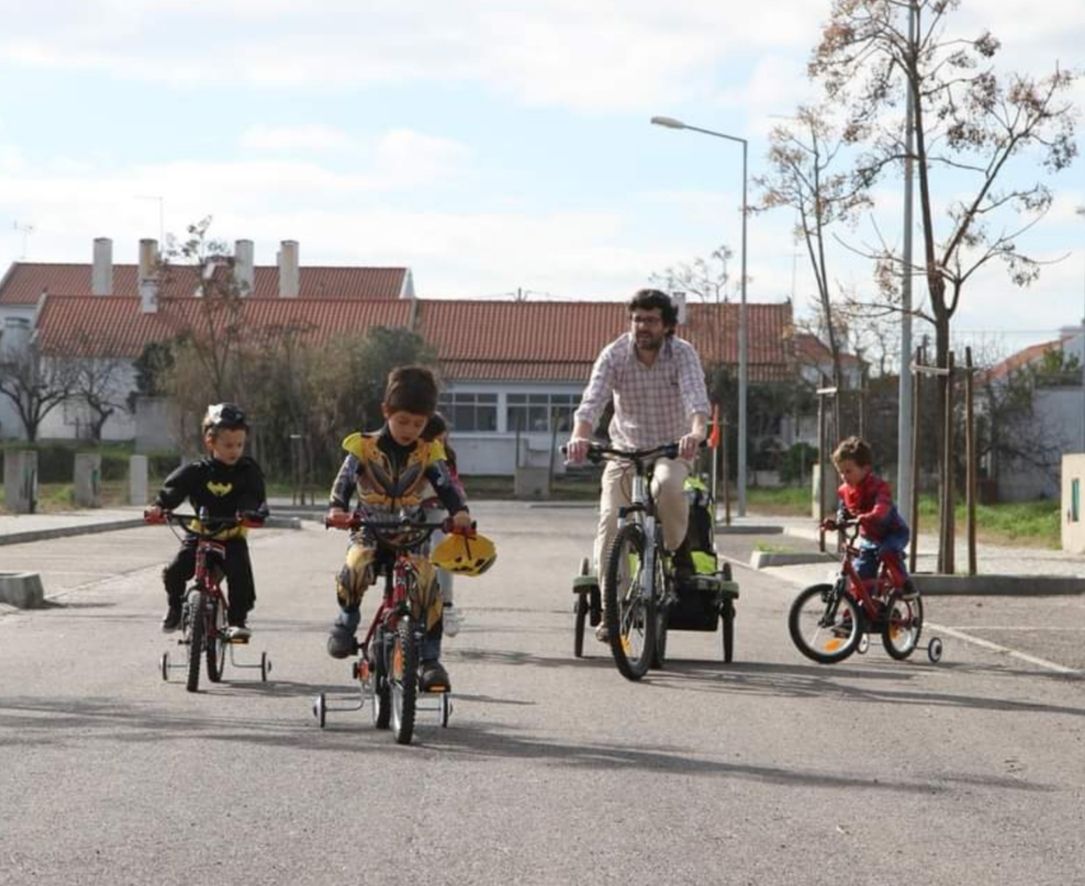 02 Nov 2020 — The #WeMoveSmart campaign, which took place during the European Mobility Week, put in the spotlight on some of the mobility solutions adopted by POCITYF's cities.

During the European Mobility Week (16-22 September 2020), POCITYF and a cluster of EU-funded smart cities projects, launched a social media campaign with the hashtag #WeMoveSmart. The purpose was to raise awareness about the importance of smarter urban mobility and to give visibility to the measures that the European smart cities are carrying out. In the campaign, people were asked to “show their green way to move around in their city” by posting pictures, videos and short stories along with the hashtag #WeMoveSmart. The hashtag was mentioned 719 times, reaching a potential audience of 1,392,651 on Twitter, Facebook and Instagram. Many pictures of people travelling around with scooters, bikes, public transport and even foot were shared, showing that Europeans understand importance of more sustainable and inclusive transport for healthier towns. In fact transport and the associated use of fuel cause most urban air pollution.

#WeMoveSmart and you? During the #EUMobilityWeek (16-22 September) share your green journey with us. How?
1⃣ Take pics/videos or write a text on your sustainable way to move around (bike, e-vehicle, foot…).
2⃣Post them with #WeMoveSmart
3⃣Tag @pocityf, we will re-tweet you! pic.twitter.com/ggkuQuSKKI

At POCITYF we used this campaign as a chance to showcase some of the measures implemented in our smart cities.

In Alkmaar (NL), a programme called “pedalling” helps people over 60 to continue cycling safely despite the traffic. In POCITYF’s demo site, De Meent, primary school children can use ice bikes at the local ice rink. Also in the city, lamp posts fitted with solar panels light up bike lanes and a 2.5 km long solar panel screen will reduce traffic noise while delivering sustainable power to 412 households. In Heinenoord (NL), a hydrogen refuelling station will be introduced by the end of 2021 at the Connexxion bus depot. 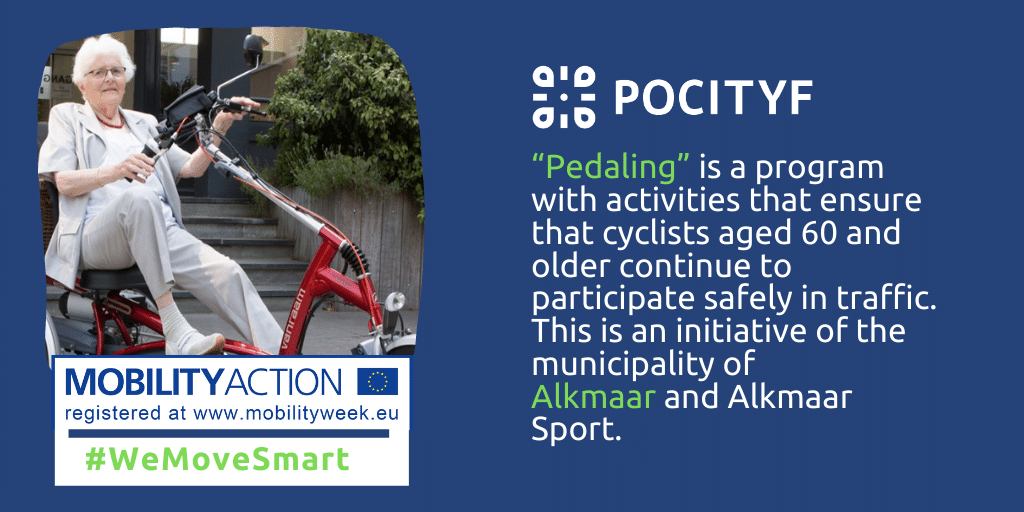 In Bari (IT) you can share e-scooters (3000 rides are recorded daily) and, thanks to the Mileage Reimbursement Program, if you cycle to work, you get a free espresso!

Near Granada a new electrical charger network will be implemented to promote sustainable rural tourism in its GEOPARK. In Granada a smart lamp post with electric vehicle charging and 5G functionalities are being planned.

Celje has also been active with its popular “KolesCE” bike-sharing system.

Among the project partners, the bike trumps all the other means of transport. It’s fun, relaxing, and good for the environment and it saves money!

Want to know more? Browse the Twitter posts that were shared with the hashtag #WeMoveSmart.