Home> News> The Energy Transition in the B...
News

The Energy Transition in the Built Environment – Towards Positive Energy Districts 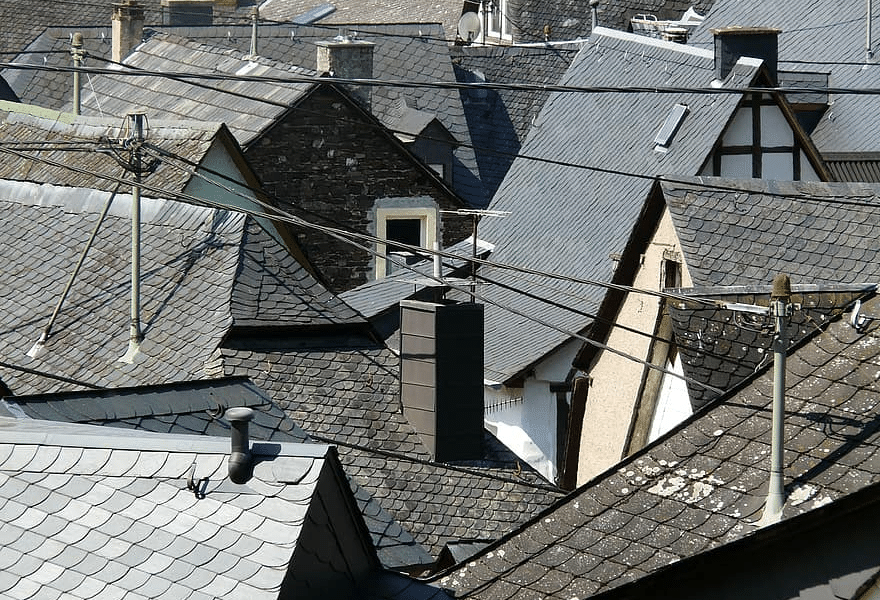 22 Oct 2020 — The regulatory framework for positive energy districts is currently spread over many different Acts and Regulations. Therefore, in a recent report, the Groningen Centre for Energy Law and Sustainability makes an inventory of all applicable legislation to positive energy districts, including the retrofitting of buildings, the inclusion of smart transportation and the sharing of energy between buildings.

A substantial part of energy in the EU is consumed by households, for powering electric appliances and for heating and cooling. This presents an opportunity to reduce the consumption of (fossil) energy, with the built environment becoming a key-sector in the energy transition. Buildings, both houses and buildings that are used for other purposes, can be retrofitted and isolated to reduce the energy consumption (energy efficiency) and they can be equipped with small-scale renewable energy production units, such as solar cells (energy production). Combined, these measures may make a building “energy positive”, when the production of energy in a building is higher than its consumption. This energy can also be shared over a larger area, creating so-called “positive energy districts”. This blogpost first explains what positive energy districts are and why a focus on positive energy districts is a good idea, after which an analysis of the current regulatory framework for positive energy districts is provided.

Positive energy districts are districts in which energy (in the form of electricity or heat) is shared between different users in the same district. Thus, when one party has an excess of heat or electricity, this can be used by a neighbouring party. Excess electricity can also be used for charging  electric vehicles or it may be stored for usage at a later moment. Thus, positive energy districts depend on so-called “smart grids” and an advanced energy management system. Next to the technological aspects of energy and (electric) transportation, another aspect is rather social in nature: awareness and community-building within the district. For example, neighbours (both households and SMEs) get in touch with each other and help each other bringing down their energy costs.

Why should one focus on energy positivity at district level rather than just feed the locally generated energy into a larger network? The answer depends on the type of energy. In buildings, energy is usually consumed in the form of electricity and heat. For heat, a focus on districts is logical due to the fact that transportation of heat over longer distances results in energy-losses (depending on various factors; Werner 2006, 10) and thus inefficiencies. It may be more efficient to use the heat close to where it is produced. In a positive energy district, it is assessed which buildings have excess heat, and how this energy can be shared with other buildings in the neighbourhood. To give a concrete example from the POCITYF project: the ice rink “De Meent” has excess heat when the ice production machines are operational. This heat can be shared with households and SMEs in the neighbourhood, using  heat monitoring system and a heat network.

For electricity, the explanation is less direct: at the moment, the types of renewable energy production units that are installed on buildings (solar cells; small rooftop wind turbines) are connected to electricity networks at distribution level, rather than high(er) voltage transmission level. As long as electricity production in a given district remains small the system is able to absorb that electricity. However, if  installed capacity grows in the course of the energy transition, grid capacity and stability issues may arise when large rooftop solar systems or entire streets with rooftop solar systems become connected to an electricity system that was not designed for such high capacities. Balancing supply and demand within the district (the distribution level), for example by using a city energy management system (CEMS) may prevent the need for local grid reinforcements, thereby keeping the network tariffs for consumers low.

Furthermore, positive energy districts also provide an opportunity to integrate smart transportation in the built environment. With an increasing amount of electric vehicles (both for personal usage and public transportation), there is a need for charging stations. In a positive energy district charging stations for electric mobility can also be integrated into the energy management system, contributing to the balance of the system. Within the Horizon2020 project POCITYF, multiple innovative systems are deployed to create Positive Energy Districts in so called `lighthouse cities´, namely Alkmaar (NL) and Évora (PT) as well as successively in various other cities throughout Europe.

Even though the technologies developed in this project may be ready to test in practice, the regulatory framework also needs to be ready for it. It turns out that the regulatory framework for positive energy districts is currently spread over many different Acts and Regulations. Therefore, in a recent report, the Groningen Centre for Energy Law and Sustainability makes an inventory of all applicable legislation to positive energy districts, including the retrofitting of buildings, the inclusion of smart transportation and the sharing of energy between buildings.

Three layers can be discerned. First, broad principles on the reduction of energy poverty and the conservation of architectural heritage (where it concerns the retrofitting of monumental buildings) are adopted in international law. Then, many different instruments at EU law level are applicable. Finally, the requirements from EU law are filled in by many detailed laws and regulations at national level.

A blogpost is too short to share all findings, so the focus will be on a few findings about how the regulatory framework can help or hinder the creation of positive energy districts are presented. Three topics are highlighted: the influence of energy tax benefits for self-consumption, data sharing and privacy, and pending changes to the relevant laws and regulations.

In most countries covered by the report, there is a favourable tax regime for ‘self consumption’, for households who consume energy produced by solar panels on their own roof. However, in some countries, this is only possible where production and consumption of electricity are connected to the same meter. This makes it impossible for households living in apartment buildings with a shared roof to profit from the same benefits as other households. Similarly, this makes it difficult to share electricity and financial benefits in positive energy districts: a building with a surplus of generation capacity will not benefit if electricity cannot be consumed inside that building and buildings without a suitable roof are not able to profit either, even if they are located in the neighbourhood of a building with a surplus of energy. Both parties could profit if the tax rules on ‘self consumption’ were opened to positive energy districts.

A possible solution is presented by EU law. With the ‘citizen energy communities’ and ‘renewable energy communities’ introduced by the Clean Energy Package, respectively by the Renewable Energy Directive and by the Electricity Directive, it should become possible to share locally generated electricity within a community. The rules on these types of communities are not yet fully implemented in laws of  Member-States. When they are implemented the rules on who is eligible for ‘self consumption’ benefits should not be forgotten.

Within positive energy districts, the electricity is shared between different buildings and possibly also amongst electric vehicles. This calls for an electricity management system that is able to match supply and demand within the district. An even more advanced option would be an electricity management system that steers behaviour of the connected parties (households, businesses, smart vehicle owners) and rewards them when they utilise electricity at a moment when it is widely available, or when they reduce their electricity usage at times of electricity-scarcity.  However, such a system also requires a large amount of data to be shared, stored and processed. Household electricity usage data are considered personal data under the EU`s General Data Protection Regulation (GDPR). Therefore, the energy management system needs to be designed in such a way that the data is protected by the principles of the GDPR, such as purpose limitation; data minimisation and storage minimisation. Additionally, it is important that the system is ‘secure by design’ to minimize the risk of cyber attacks.

One important issue regarding data protection is that households need to give permission for the sharing and processing of their data. This can be based on different legal grounds with different implications. The first possibility is that households give explicit consent for data processing. The advantage is that it is very clear to both parties when consent is given. A disadvantage from the point of view of the energy management system (but possibly an advantage from the household point of view) is that households are also able to withdraw their consent again. An energy management system in a positive energy district will only work when a certain “critical mass” of users is connected to the system. When households that had given consent withdraw again the system might not work sufficiently well for the remaining users. The second possibility is that data processing is allowed if this is necessary for the execution of a contract to which the data subject (the household) is party. A contract could include a certain duration for the participation in the energy management system.

Pending Changes to the Relevant Laws and Regulations