Outcomes of an EU Regions Week workshop: inclusion as a key element for a successful citizen engagement strategy 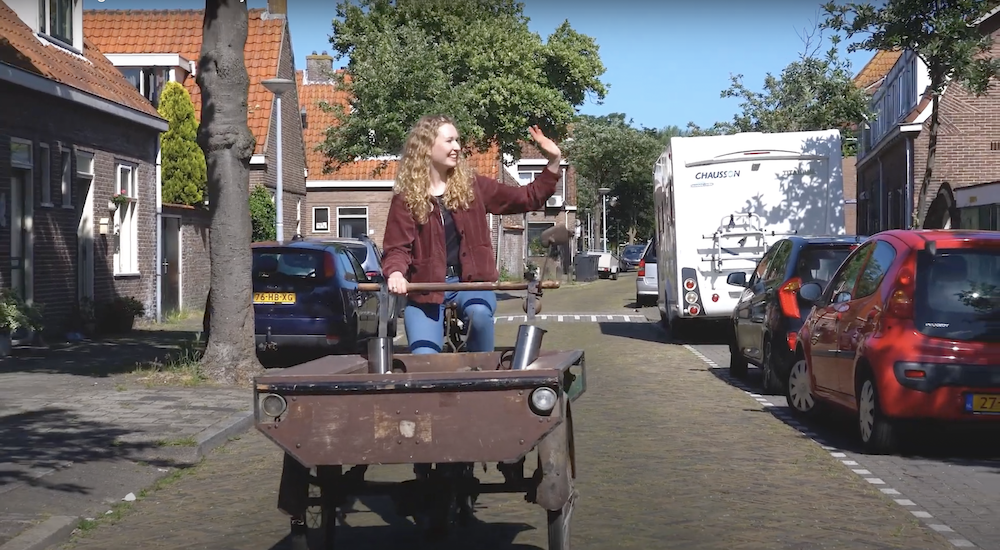 29 Oct 2021 — During a workshop at the European Week of Regions and Cities, the projects POCITYF, SPARCS and RESPONSE presented citizen engagement strategies to support the energy transition in cities. The discussion that followed led to some ready-to-use takeaways

How do we get citizens involved in complex topics like climate change and the energy transition? How do we engage with people online? How do we make sure that we reach all the groups of a community?

These were some of the questions that were discussed during the workshop “Fair and inclusive citizen engagement towards a new city vision in the energy transition” by the audience together with a panel of experts consisting of Susanne Nieuwenhuijs (City of Alkmaar), Joke Kort (TNO Research), Merja Ryöppy (KONE) and Julia Kantorovich (VTT).

Susanne Nieuwenhuijs, programme manager for POCITYF, presented the strategy they use in Alkmaar to involve citizens. In fact, ““Alkmaarders” shape their environment themselves” says Nieuwenhuijs, “they take initiative and responsibility and align the plans with the environment. The municipality cooperates as an equal partner to initiatives from society. The initiator organizes, the municipality facilitates. This creates room for partnerships”. She presented the participation ladder approach that they apply for all the private and public initiatives in area development. The ladder has five steps, each of which requires a rising level of involvement starting from the informing step and arriving to the co-deciding step. This approach is also being applied in Bloemwijk and Van de Veldelaan flat, two areas of the city that will become smarter and more sustainable thanks to the deployment of POCITYF’s solutions. From her experience one important aspect is to be creative and use a mix of engagement tools as this allows to involve a broader spectrum of the community.

Some of these tools were presented by Joke Kort, one of the authors of the workbook on engagement for housing corporations; a guide that will be released in the upcoming months on POCITYF’s website. “Housing corporations have an important role in the energy transition on a local level” states Kort, “they are usually better organised than citizens and are often well connected with other public and private initiatives in the neighborhood”. Kort stressed the importance of social cohesion to involve people on sustainability topics. And the first step to get social cohesion is to know the residents and what their core values are. Among the examples of alternative methods to gather information on the aspirations of the community, she mentioned the Wishing Tiles and the Chatting tree.

The impact of COVID-19 on citizen engagement was also one of the topics of the workshop. Merja Ryöppy, design research specialist, shared the experience of Espoo (Finland), one of the lighthouse cities of the SPARCS project. Espoo had foreseen many engagement actions which had to be re-thought with the outbreak of the pandemic. Surveys, interviews and workshops, for example, were switched from offline to online and new and innovative solutions were introduced, like mobile probing tasks – where citizens were asked to document they daily mobility journeys via Whatsapp. Positive feedbacks were gathered from the participants of these online activities but other comments gave food for thought, like this one: “You could have engaged the quiet ones more, ask for their opinions so that everyone would have been equally engaged”. In fact, one of the key take-aways from this experience is that digital participation offers new experiences of engagement (easy, effortless and fun) and can invite for a more relatable and lively interaction but also relies on good digital skills and access to the tools and technologies and makes it harder to build long-term relationships.

Interesting insights on the citizen perception on sustainability topics, presented by researcher and smart city data expert Julia Kantorovitch, came also from another Finnish city, Turku, where 498 inhabitants, living in the PED areas of RESPONSE project developments, participated in a survey.
Data gathering has focused on the nature of retrofitting strategies considering aesthetics, sustainability, data sharing aspects, perceived risks related to renewable technology and 2nd battery storages as well as citizen engagement practices and climate adaptation activities. The survey results enabled the identification of the population characteristics in PED area and of the opinion of these populations on the issues that the RESPONSE project aims at solving. These results have also highlighted the level of knowledge citizens have about the innovative technology as well as their level of acceptance/interest to use it or participate in the innovative technology developed. For example, in terms of awareness and personal behaviour, 75% of respondents has acknowledged that it is important to monitor personal energy use, however many (37,3%) were not sure if their lifestyle is already energy efficient enough. Furthermore, 68,4% of respondents acknowledged that they would pay more attention to the energy consumption of their home if they could get more detailed information about it. Many respondents have expressed their concern about the sustainability of energy technologies. This is something, where RESPONSE can make difference by educating citizens on respective topics and by organising a capacity building workshops. Furthermore, new applications ideas that respondents have shared (e.g. related to a new “City Journey app” that city of Turku aims to launch) will be put into the action though organising innovative energy- avatar events & treasure hunts.

The second part of the workshop was an interactive session where the cities of Ioannina and Kladno (fellow cities from POCITYF and SPARCS respectively) presented some of the challenges they are facing in terms of citizen engagement and discussed with the audience potential solutions and approaches. Ourania Kostara (POCITYF Site Manager in Ioannina) mentioned the digital divide and its connection to the lack of citizen involvement in digital initiatives, while David Škorňa discussed the challenge of engaging with citizens in complex topics such as climate change and the energy transition.

The workshop participants were also asked to participate in a Slido poll. The main challenge related to citizen engagement that emerged is the assumption that people are not interested in participating and thus, not engaging (45%). Followed by the limited participation in digital initiatives (33%) and the difficulty in creating interest in complex issues (33%). While the covid and the linked restrictions are not considered as a main challenge by the majority of the respondents.

Among the suggestions on effective strategies/methods to engage with citizens: to meet people on their own ground, to select associations that represent the groups of the citizens to reach also marginalized groups and to use co-creation and co-design methods and citizen observatories.
In terms of strategies or approaches useful to develop digital skills, participants highlighted the importance of having public points to address the lack of devices in some specific groups and also to provide online step-by-step guides complemented with screenshots. Mrs. Kostara and Mr. Škorňa discussed the suggestions from the audience, also reflecting on the actions their cities are taking to address challenges associated to citizen engagement, including citizen observatories and the need for new participatory communication strategies and political commitment.

Among the key takeaways is that to engage with citizens it is important to reach all the groups of a community, also the marginalised ones. To do that, it’s important to go on the ground, among people, and try to involve them in different and creative ways. Online tools can help to reach a broader segment of the population but in some cases need to be complemented by trainings, instructions and, in some cases, the provision of devices to the participants. Overall, about 80% participants of this session agreed that engaging with citizens in energy projects outweigh the challenges and costs on most occasions, sending a strong message to leader of public projects to engage with their local communities in the transition to a carbon-neutral, but also inclusive future, as put by Gretel Schaj (Smart Cities Consultant at BABLE), the moderator of the activity.